This project is actually a table top party game. Instead of making a video game, IGME 220 focussed more on the game design aspect of creating games, rather than the programming aspect. The game I pitched got chosen and we then formed a team to attempt to produce it. The First 48 hours is a mystery role playing game where each player has a character. One of the characters is guilty of a crime. The other players each have an objective that could be to find the guilty person, to get someone framed, to protect the guilty person, etc. The first person to complete their objective wins.

Throughout the develpment cycle of this game, I learned a lot about getting feedback. Our game was stacked against the guilty person for the longest time. Each time we playtested the game, we listened to the feedback of the players and would change the rules to see if we could balance the game. Finally, we got it pretty close by introducing personal objectives. Up until that point, however, there was a constant feedback loop of design and test.

For more information about this game, please contact me. 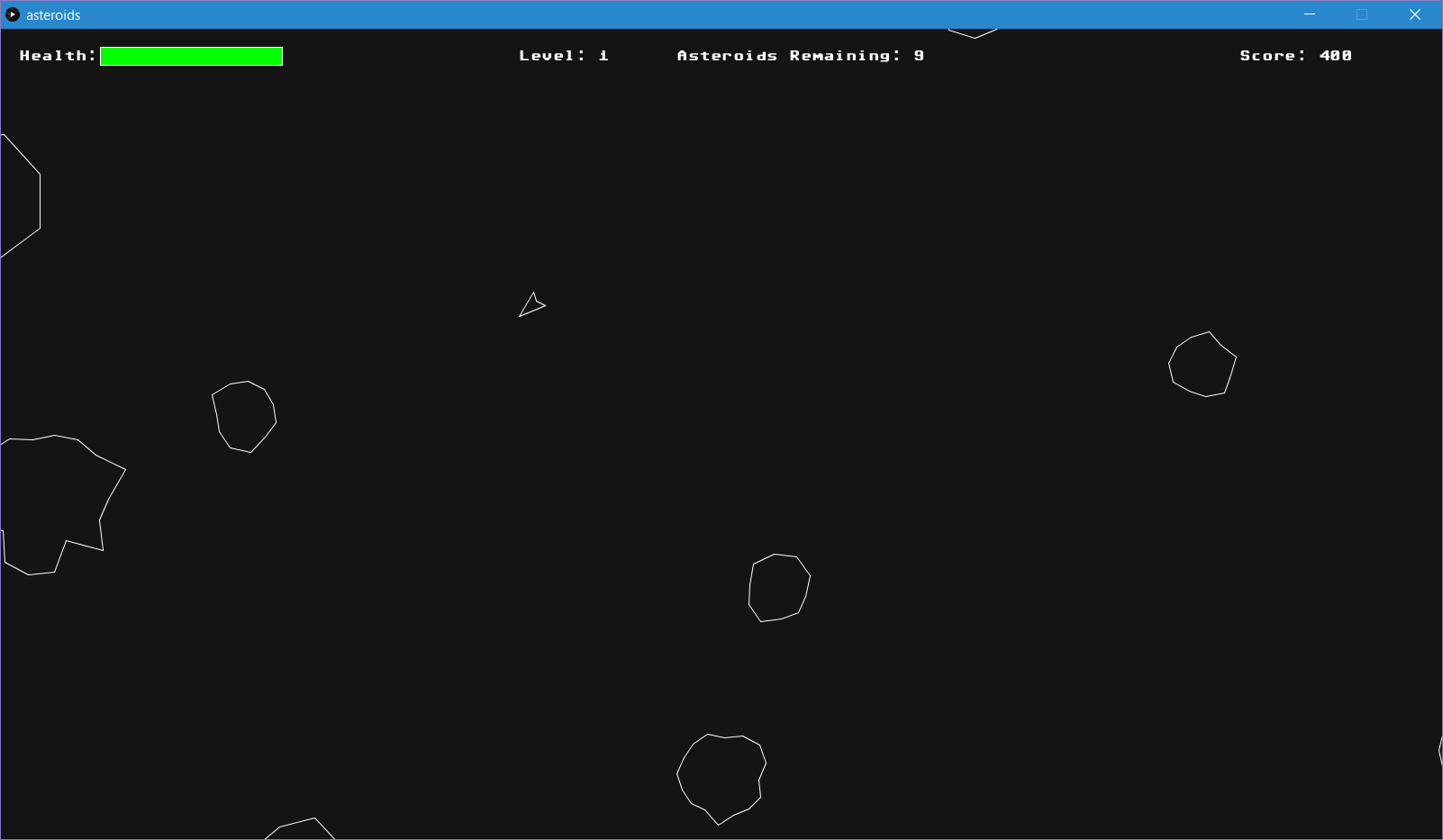 In IGME 202, we were learning about user input in Processing, so we had to make a verson of the classic Asteroids arcade game. When I made mine, I added a few features such as momentum when an asteroid strikes you, momentum when asteroids break apart, and completely randomized asteroid shapes.

I am pretty pleased with how this project turned out. If anything, I would rewrite it to be in a more efficient language and game engine. Once too many asteroids appear on screen, Processing just doesn't have the power to keep up.

This game was made as the semester long final project for IGME 106. In a group of 4, we use Monogame and C# to create a top down shooter game set in Chicago in the 1920s and 1930s. I worked on the quest system that would allow players to create custom quests to share with their friends. I also built the saving system that loads and stores save game data and world data.

This project didn't really have a set end goal. There were just too many ways we could have take it. And since we were all new to monogame and were learning about the different features, feature creep hit us hard. If I were to resurrect this game, I would want an end goal in mind that would be achieveable. Also, I would have someone on the team who could do more of the graphics and make the scaling so that a person is not the size of a building.

This repository is private. Please contact me for more information.

My first personal project, and first game in C#, I decided to use Windows Forms to create a simple form based game based on a pen and paper game my friends and I used to play during study halls.

At one point, I tried to create a Windows phone app, since the code is easy to port from Windows Forms to Windows Phone. However, my computer didn't have the hardware to run a phone emulator, and I couldn't get a Windows phone to test it on, so I never completed it. I also know a lot more about C# now and about web services. If I were to revisit this, I would probably start again from scratch and pick a clear direction for where I would want to go with it.